How to calculate wind load on 5G antennas as per Eurocode?

A "practical" step-by-step guide to establish wind loads on antennas according to EN 1991-1-4. 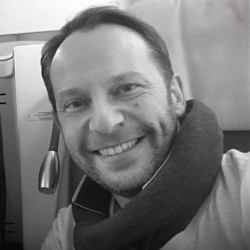 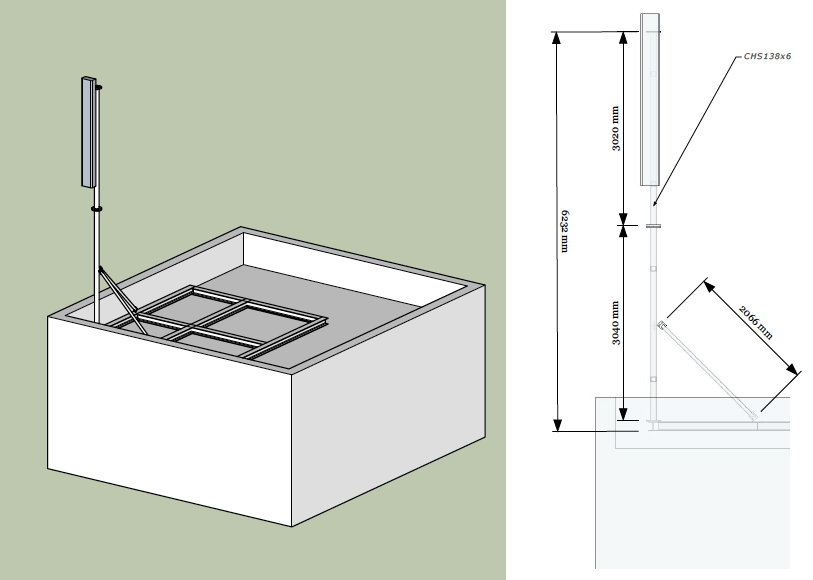 This blog post is made for practising structural engineers in the field of the telecom industry or others who design tall structures exposed to wind. I will go through a procedure step-by-step how to establish wind loads on telecom antennas of a rooftop mast in practise.

By "practical", I mean a practical guide and not necessarily the procedure what EC suggest to use. As practising engineers we like to be efficient and spend less time on eventually less productive tasks. However, when it comes to the European designs code series, we can say a lot, but not practical in certain areas. You may judge this statement but comparing with, for instance, ASCE design code series, or in the telecom industry's TIA-222 codes, it provides leaner solutions and far less complicated design procedures. Probably in a later blog I'll make a step-by-step comparison between the two codes. By the end of this post you will understand what steps need to be made to establish the proper wind forces on the antennas. The guide will heavily be referenced with the design code chapters of the code, so it requires that you are familiar with the EN 1991-1-4. The calculation will pick up some values from the national annex of the Netherlands, but those can be replaced by any of the European country national values to fit your case.

I  tried my best to explain all steps but in case I missed something or steps are not clear, please drop me a question at the end of the blog at the Comments section.

The telecom mast in our case will be a single rooftop pole, braced by two diagonals and the structure is supported on a H-beam frame. See the FEA model as below. A linear static analysis including buckling and a dynamic analysis were performed.

In the following calculations the basic wind velocity is considered as $v_b = 27 \frac{m}{s}$.

The roughness factor $c_r(z_e)$ at the reference height $z_e$ accounts for the variability of the mean wind velocity at the site of the structure due to the height above ground level and the ground roughness of the terrain upwind of the structure. It is calculated in accordance with EN1991-1-4 equation 4.4.

In the following calculations the orography factor is considered as $c_0(z_e) = 1.000$

The peak velocity pressure $q_p(z_e)$ at reference height $z_e$ includes mean and short-term velocity fluctuations. It is determined according to EN1991-1-4 equation 4.8:

Calculation of wind forces and pressures on the structure

The wind actions on the structure (forces and pressures) depend on $q_p(z_e)$ as follows.

The wind pressure on surfaces are derived from the calculated value of $q_p(z_e) = 1.049 kN/m2$ by application of the appropriate pressure coefficient, as specified in EN1991-1-4 §5.2.

For external surfaces the applicable wind pressure $w_e$ is calculated as:

The overall wind effect on the total structure or a particular structural element is expressed by the total wind force Fw that is estimated by application of the appropriate force coefficient, as specified in EN1991-1-4 §5.3.
$$F_w = c_sc_d \cdot c_f \cdot q_p(z_e) \cdot A_{ref}$$

The structural factor $c_sc_d$ takes into account the structure size effects from the non-simultaneous occurrence of peak wind pressures on the surface and the dynamic effects from the effect of structural vibrations due to turbulence. The structural factor $c_sc_d$ is determined in accordance with EN1991-1-4 Section 6. A value of $c_sc_d$ = 1.0 is generally conservative for small structures not-susceptible to wind turbulence effects such as buildings with height less than 15 m.

The wind distribution over frequencies is expressed by the non-dimensional power spectral density function $S_L(z,n)$, which should be determined using the following expression:

Where $f_L(z,n)$ is a non-dimensional frequency determined by the frequency $n=n_{1,x}$ the natural frequency of the structure in Hz, by the mean velocity $v_{m(z)}$ and the turbulence length scale $L(z)$ defined in (B.1). The power spectral density function is illustrated in the figure above. For the dynamic system I have applied nodal masses to the structure at the fixtures of the panel antennas. The mass distribution is 70% of the total mass applied at the upper part and 30% at the lower mounting point.The applied masses are 187kg and 56kg respectively. See dynamic results on the image below. Lowest Eigen-frequency mode found at 3.177Hz.

The force coefficient, $c_f$, of lattice structures and scaffolding with parallel chords will be obtained by the following expression:
$$c_f = c_{f,0} \cdot \psi_{\lambda}$$ I'll not go into details of the force coefficient calculations of the each strutural members, but the values were computed by taking into account slenderness, Reynolds numbers, end-effects and solidity ratios. We also implement $c_{prob}$ for a shorter Design working life as 15 years instead of 50, demonstrating the impact of $c_{prob}$.

I'm using force values here from a typical 5G antenna data sheet in 3 directions exposed to wind, as front, side and back. The basic idea here is to derive the $c_f$ values from the each direction to wind the antenna is exposed to, based on the wind forces under the lab conditions. In this case the wind tunnel tests were performed at $150\frac{km}{h}$. The individual force coefficient values then can be used to determine wind forces on the antennas at any given peak velocity. The formula to calculate the $c_f$ values for the antennas (Table 3.) is the following:
$$ c_f = \frac{F_{w(150)}}{\frac{1}{2} \cdot \rho \cdot v^2 \cdot A_{ref} } $$

I'll demonstrate two scenarios for antenna configurations. First, when we have 3 sector antennas, and second with 2 antennas involved.

Eurocode doesn't suggest any exact method how to calculate wind pressures on the antenna appurtenances. We can use an established method from TIA-222. The basic concept is that we calculate the effective projected areas for normal and side face of the antennas, $EPA_N$ and $EPA_T$ respectively. TIA code suggest the following formula for computing the total EPA of the appurtenances.
$$(EPA)_A = K_a[(EPA)_N \cdot cos^2(\theta)+(EPA)_T \cdot sin^2(\theta)]$$
where $\theta$ is the relative angle between the azimuth associated with
the normal face of the appurtenance and the wind direction. EPA, effective
projected area means simply the antenna area times the associated force
coefficients.

$K_a$ stands for shielding which we can apply only when the wind force considered on the back side of the antenna. We can use shielding value as recommended by TIA-222-G. In our case the permanent antenna supporting pole will shield the 3rd antenna as it is within 4D. We can use linear interpolation between 100% shielding and no shielding. We can agree that the shielding value might be around $\frac{2}{3}$, thus 66%. See on Figure 5.

The wind forces on the antennas shall be distributed to the FEA model as per Figure 6.

The 2-antenna configuration will be similarly computed as the 3-antenna configuration. In this case I will provide also a small script to compute different scenarios for different azimuths. We assume that the 2 antennas are facing to the wind with the same azimuth, or with other words, they are mirrored to a vertical plane which goes through the supporting pole.
$$EPA_{A2} = 2 \cdot [ 1.243 \cdot 0.623 \cdot \cos^2{(\theta)} + 0.543 \cdot 0.874 \cdot \sin^2{(\theta)} ] $$
In this case the antenna back side is not computed into the projected area. However, all other accessories have to included in the FEA model (feeders, structural members, etc.) in the same way as in the 3-antenna scenario. The following code snippets shows the calculated values for the projected areas and wind forces on the antennas for several azimuth values.

It is not normative in Europe to consider speed-up effects on buildings. These effects need to be considered only for abrupt changes on the terrain, and define the orography factor coco for the building. However, speed-up occurs on tall buildings in real life. The speed-up effect depends on several factors, like building height and height of the parapet if any. The building needs to protrude above the immediately adjacent buildings by at least 15m. When we calculate pressure coefficients on buildings, we can see the higher pressure zones on the different segments of the building in question. These pressure coefficients in the higher zones can be in the range of 1.6 and 2.2. One can imagine if a roof-top pole is located within one of these zones then the acting wind pressure on the structure is exposed to exaggerated wind pressure. See illustration on Figure 9.

TIA-222-H as the latest version of the code demonstrate a solution for roof-top antenna supporting structures how the speed-up effect shall be defined. See more details on Figure 10. Until an implementation into the Eurocode series we suggest to take into consideration to evaluate these effects when it comes to tall buildings.

As you can see it is a fairly long and complicated process to establish the wind forces on antennas according to EN 1991-1-4. Certanly we can simplify some of the steps by approximating natural frequency to eliminate a dynamic analysis, or using cscdcscd factor as 1.0. But the later one doesn't really conservative for slender structures, or structures where we expect more dynamic response to the wind along-side. Like in our case, a value of 1.0 for cscdcscd would result an under designed structure.

In my opinion is that as long as Eurocode is evolving in a similar fashion in the future, we, practising engineers will need more tools to cope with these type of challenges.

Would you like to avoid making this calculation by hand? We can help you to automate these type of procedures. Get in touch with us today. 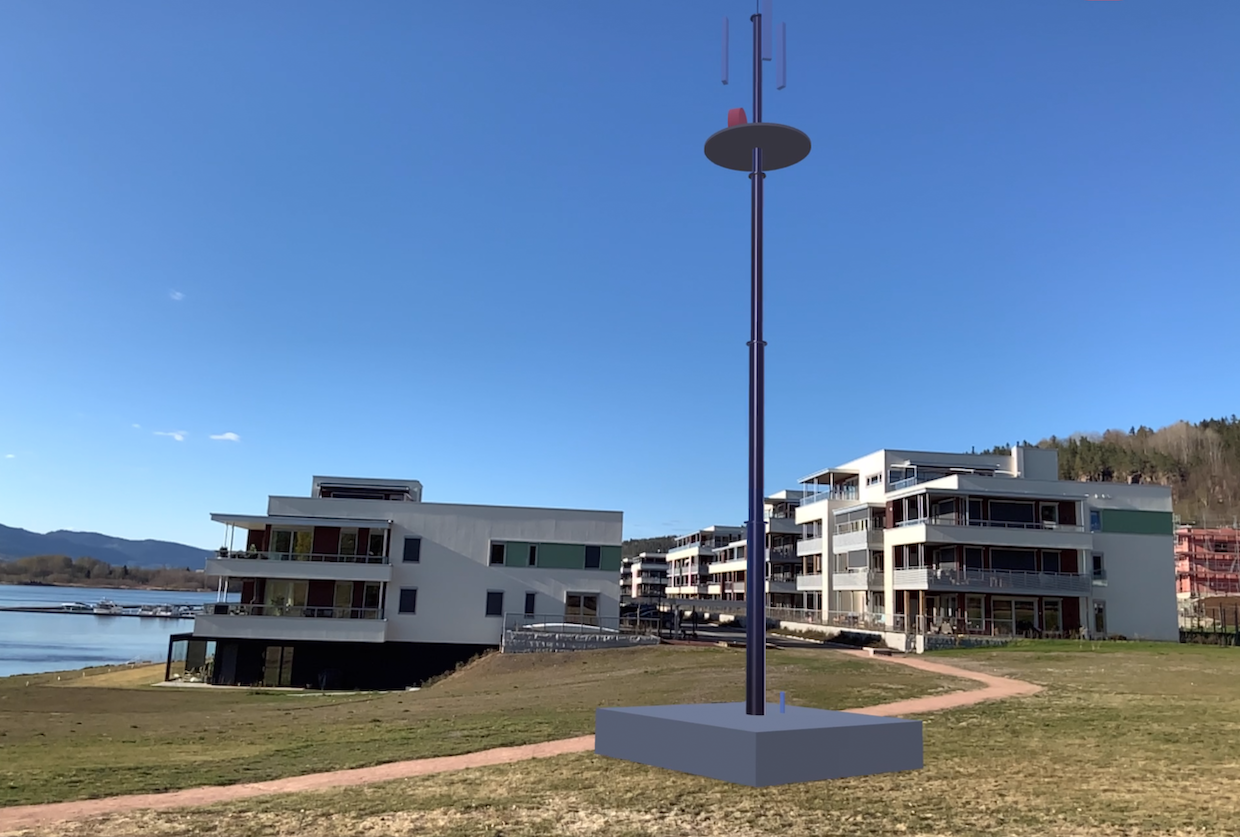 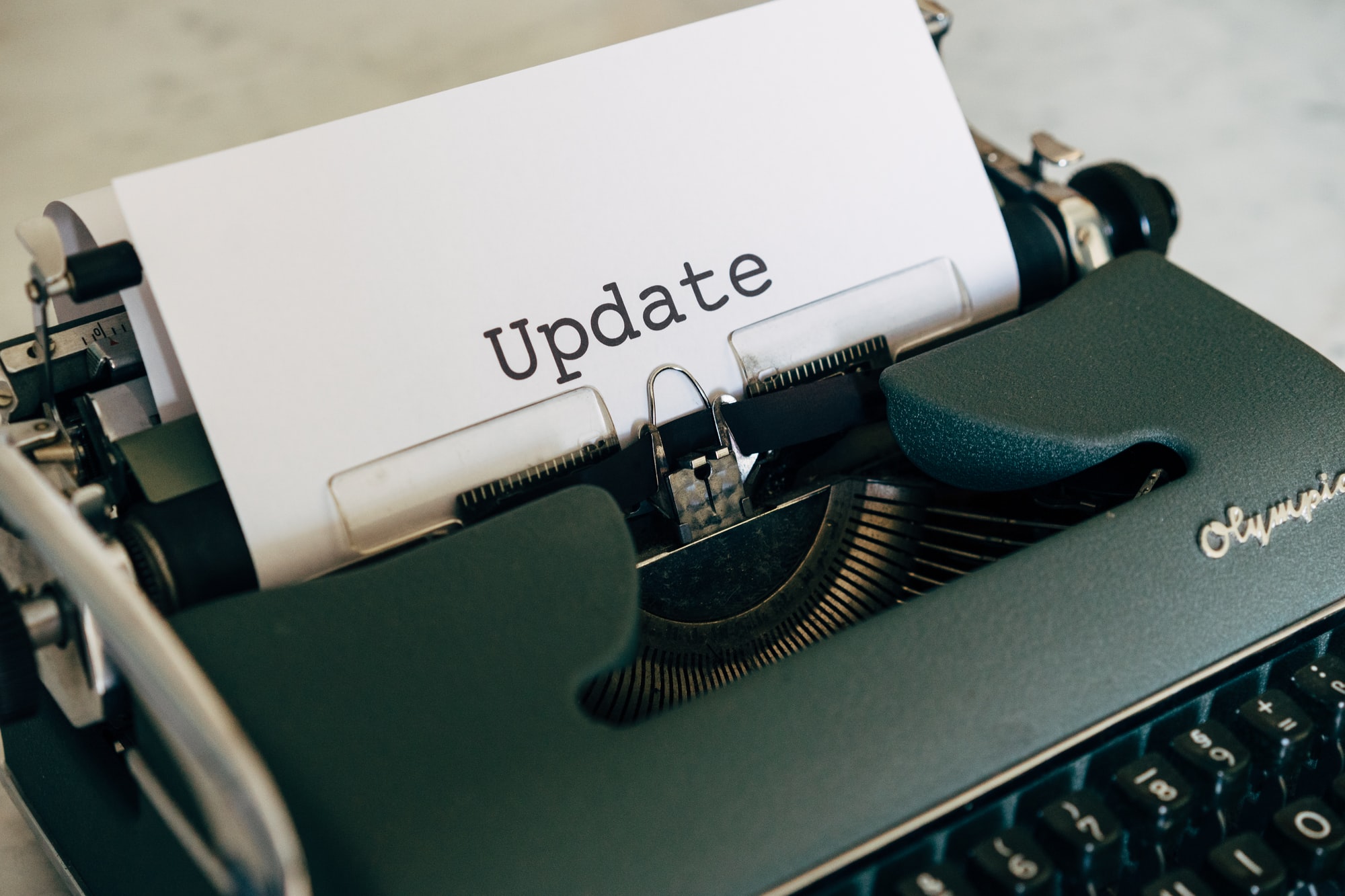 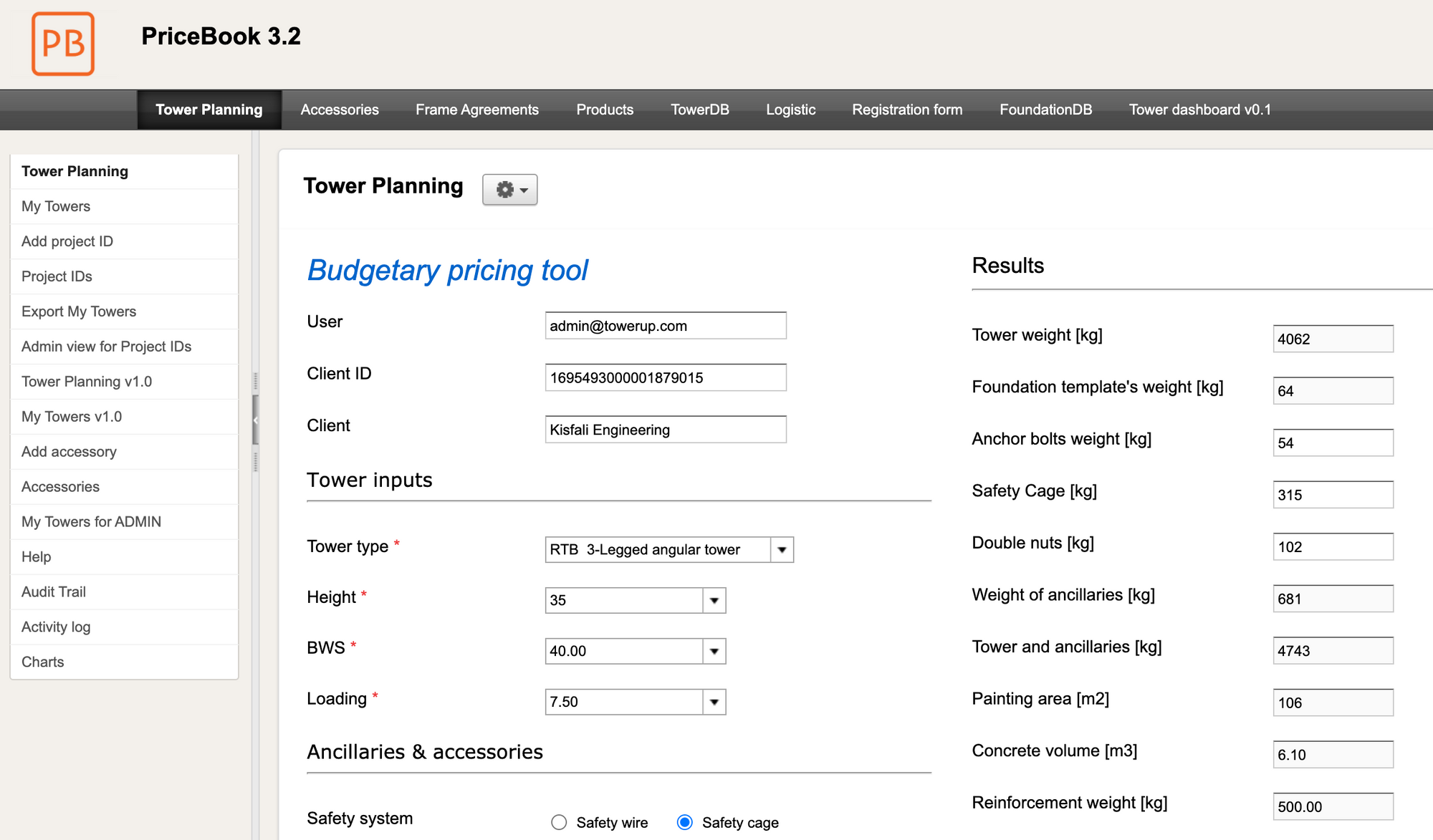 Tower tendering process from 2 weeks to 2 minutes with AI/ML.

Subscribe to our newsletter and get the latest updates straight to your inbox.

By signing up to our newsletter, you agree to us processing your personal data for the purpose of receiving our newsletter by e-mail. See our Privacy Policy.